Women authors account for 52% of all publications in the “prose and literature” section, which includes novels, plays and poetry.

Men still overwhelmingly dominate in all areas of non-fiction, biographies and textbooks, according to the National Library of Israel’s (NLI) annual book report. Male authors wrote 94% of published Judaica and 79% of popular science and medicine.

Direct year-over-year gender comparisons are difficult to make, the NLI said, but there was a clear “uptrend in women’s participation in writing across a variety of genres.” and 2021 is the first year that women authors of fiction outnumber men.

The report’s authors acknowledged that with so many gender-neutral names in Israel, it was difficult to provide an accurate male/female breakdown.

However, they said that based on their analysis of the majority of published works across all genres, they calculated that 62% were written by men and 38% by women.

Graphic courtesy of the National Library of Israel

They also said that some texts – such as the Talmud, the Bible, festschriften (writings published in honor of a scholar), or corporate publications – had no specific individual author.

Women authors remain dominant in certain fields. They wrote 64% of books for children and young adults and 58% of textbooks. 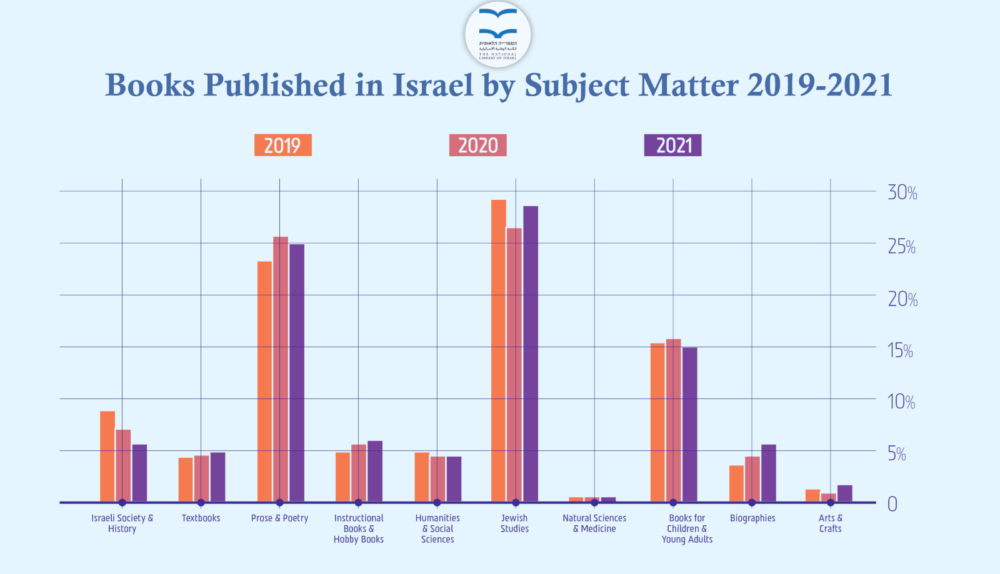 The report, released ahead of Hebrew Book Week (June 15-25), also shows that 72 percent of the 447 biographies and autobiographies published last year were by men and only 28 percent by women. More and more biographies are being published, especially on non-public personalities.

There have been 381 educational books published, mostly about empowerment, relationships and family life, and money-making methods, and 74 dealing directly with the Covid pandemic.

Fewer books were published in the Israeli Society and History category as government agencies increasingly opt for digital over print. Only 165 Arabic books were published, compared to 214 in 2020. This drop is likely due to a move towards digital publishing.

The Legal Deposit Law requires anyone who publishes more than 50 copies of a book to provide two copies to the National Library in Jerusalem, which is building a new campus due to open next year.