On Saturday, March 5, the Santa Barbara International Film Festival held its annual Writers’ Panel at the Arlington Theater. Moderated by Anne Thompson, who cited the event as her favorite – each year – the panel included Oscar-nominated screenwriters Kenneth Branagh of ‘Belfast’, Siân Heder of ‘CODA’, Adam McKay of ‘Don’t Look Up’ , Denis Villeneuve from “Dune”, Zach Baylin from “King Richard”, Maggie Gyllenhaal from “The Lost Daughter”, Jane Campion from “The Power of the Dog” and Eskil Vogt from “The Worst Person in the World”. Unfortunately, Campion, as she explained in a video to the public, was unable to attend in person due to catching COVID. The attendees enthusiastically welcomed each writer with thunderous applause.

The panel began with each writer providing a brief summary of how they became screenwriters. Gyllenhaal responded first, crediting the act of writing with an outlet for clarifying his own ideas. As an actress, she had learned to take the deeper meaning of a work and express it, which is the same mindset she applied to her adaptation of “The Lost Daughter.” She touched on the nature of adapting a screenplay, as “The Lost Daughter” is based on an Elena Ferrante-penned novel of the same name.

Heder also started out as an actress, attending a weekly group workshop for writers and actors called “Tuesdays at 9am”. Eventually, she brought a scene to the group, which later became part of a short film. She wrote avidly for television as she pushed “CODA” for nine years.

Villeneuve has always been a “passive dreamer”. He remembers an anecdote from his childhood where he stole his grandfather’s typewriter and wrote a science fiction story, which he didn’t think was very good. Yet he relentlessly pursued the joy of writing, leading him to where he is today.

Baylin thought writing was the “easiest way”. Joking aside, he considers the writing to be the “purest part of the process” where he had complete control. While working on many different projects throughout his career, including three seasons of Gossip Girl, he was writing his own script in the back room — in whatever increments his breaks would allow.

Branagh’s involvement in writing “began in relative isolation and a voracious desire to read”, an organic culmination of his love for films, reading and scripts.

McKay, a crowd favorite, offered a joke-covered response. He started talking about a poor life in a small town in North Dakota, immediately breaking off and turning to the true story: grew up in the 70s and 80s; Dad always took her to the movies; always wanted to write screenplays; wrote three bad ones and the fourth was not bad. Now here it is today.

Vogt adopted Villeneuve’s label of the “passive dreamer”, professing his love for the art of cinema. He envied the remote life portrayed in the movies, as he was not in a creative family. Finally, in his late teens, he met Joachim Treves, his co-author of “The Worst Person in the World”. They helped each other throughout their respective careers and ultimately worked to create their Oscar-nominated film.

Gyllenhaal elaborated on adapting a screenplay further when asked how much freedom she felt to make the story her own. She again draws on her experience as an actress, explaining that acting as an art form is highly collaborative, so she learned to find her own freedom through each job. This ability to “find freedom” translated seamlessly into his writing experience. In fact, Farante has voiced his unwavering support for Gyllenhaal, allegedly saying “the contract sucks unless you run it.”

While “CODA” is also an adaptation (of a French film), Heder had an additional type of adaptation to do: visual language adaptation when writing about deaf people. Although she was taking American Sign Language (ASL) classes, she wasn’t sure how humor would work in ASL. Rhythm and cadence work very differently in spoken and signed language, which posed a slight challenge when writing the script. Heder meticulously went through every line of the script, dissecting every meaning and how the signature would work. She would adjust the line to the signature that would best represent the emotion of the moment. For example, she changed a line in the script from “die” to “kill” because “kill” had a much more emotive signature that accurately underlined the nature of the scene. Hearing audiences and deaf audiences have a wildly different viewing experience, as Troy Kotsur often riffed the script with ASL, which most hearing audiences wouldn’t necessarily grasp. 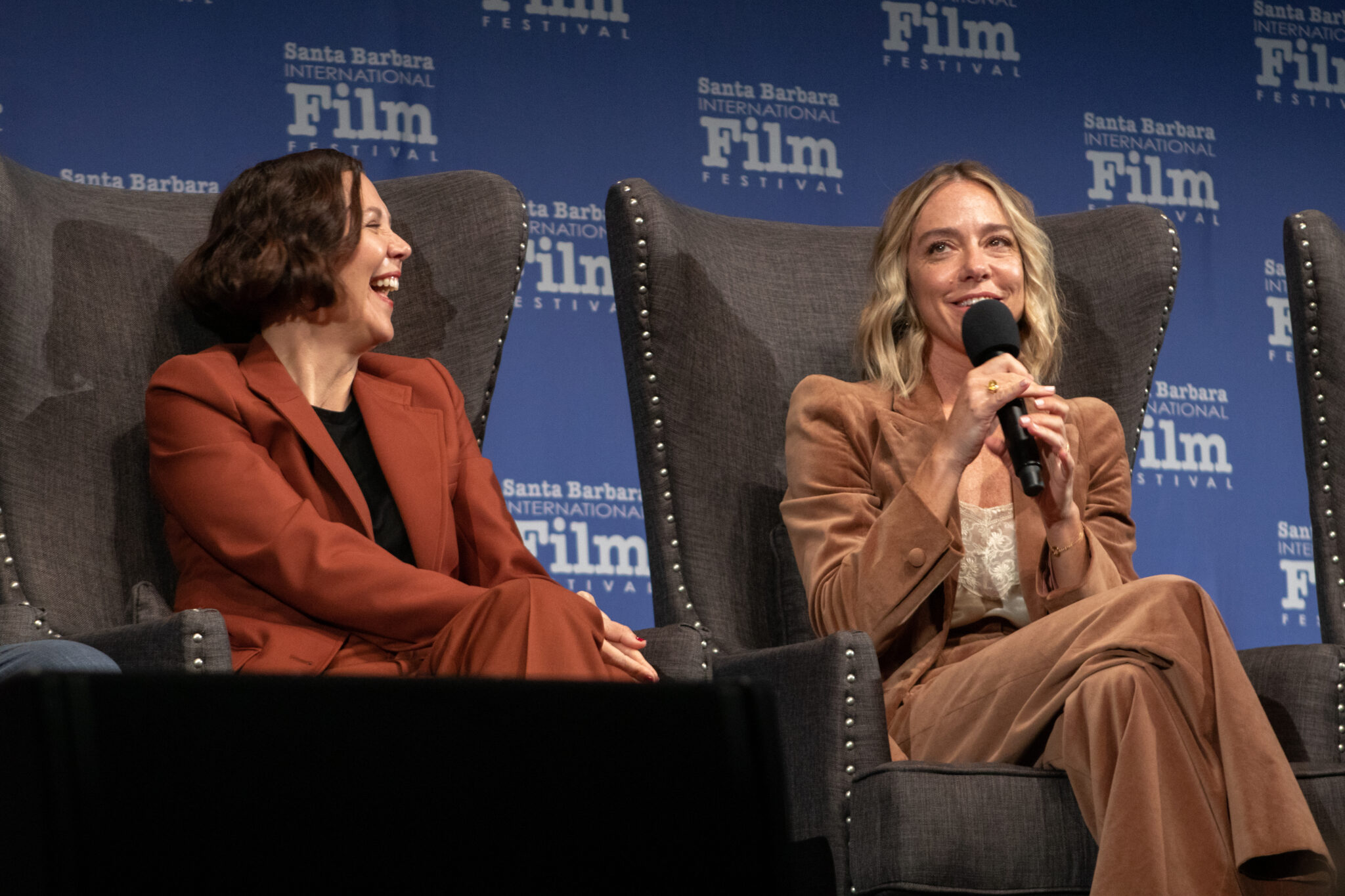 When asked if she intended to be so profane in the script, Heder cheekily replied, saying “I’m very profane.” She informed the audience that there are many ways to sign the word “fuck,” to which the SBIFF ASL performer began signing each way. The audience laughed heartily in response.

Villeneuve credited Eric Roth’s knowledge of “Dune,” thanking him for being able to adapt Roth’s original screenplay. He had to divide the final script into several parts and decide how to separate it. Villeneuve emphasizes his satisfaction with the current ending because, although it may have seemed abrupt, it was the most optimal ending without making a 4 hour film.

The main angle he focused on early on was that of “mother and son”. Villeneuve attributes the functionality of this adaptation to the emphasis on the female character.

Baylin always had a clear idea of ​​where “King Richard” lived. It’s never had an interest in showing adult Venus and Serena, but rather the emotional journey the family is on. In addition to independent research, Baylin also invited the Williams family to preview the script, both of which proved to be very helpful.

To write “Belfast,” Branagh allowed himself to step back and view his life with kindness and compassion. Due to the pandemic, he was able to listen to hundreds of hours of footage at a time “when art was in color and life was in black and white”.

McKay was trying to find a way to highlight the apocalyptic nature of the current global landscape. “Don’t Look Up” serves as an allegory for the climate crisis and the lack of media coverage about it. McKay referenced how his co-writer, David Sirota, joked hilariously and clarified, “It’s like the start of the movie Armageddon but nobody cares.” It strove to convey the immediacy of the matter with comedy, but rather than follow the traditional narrative structure of a comedy, it didn’t have a happy ending. He also praised its star cast, including Meryl Streep and Leonardo DiCaprio.

Vogt compared the design of “The Worst Person in the World” with the human experience during quarantine. When stuck inside for months, people start asking all kinds of existential questions: “Why am I here? Why am I doing this? What is all this for? The film explores these questions.

Finally, the panelists discussed their respective writing processes. Highlights include Heder’s penchant for research through human interaction, Branagh’s project having taken fifty years in the making, and McKay’s belief that all it takes is “finding the right music”.

The panel ended with thunderous applause and immense appreciation for everyone involved.