The 53rd edition of the book fair opened on January 26 and will continue until February 7.

Christos Papadopoulos, director of the Greek Cultural Center in Cairo, stressed the importance of Greek participation in the fair, adding that cultural relations between Egypt and Greece are “deep and historical”.

Papadopoulos added that the fair includes a discussion of cultural relations and exchanges between Greece and Egypt from ancient times to the present day, and the contribution of Greek translators to the dissemination of Greek culture in Egypt, with the significant participation of Greek Egyptians.

Among the participants is Dimitris Sotakis, who has published ten novels and a collection of short stories. Born in Athens in 1973, his books have been nominated for numerous literary prizes in Greece.

“The first thing that comes to mind about my visit to Cairo for the International Book Fair is that I am extremely excited to visit Egypt for the first time,” said Sotakis, adding that he was delighted at the idea of ​​seeing and walking the streets of Cairo. Sotakis pointed out that this luck could not have been better since this is the first time his novel has been published in Arabic and made available in Egypt.

His novel – The Resurrection of Michael Jackson – was originally released in Greece in 2014. It is a book about the depression of modern society, the anxiety in human relationships that we all deal with and the constant search for happiness, about the realization of who we are through someone else, even through the images created in our minds. “I am very happy to have such a prominent publisher as Sefsafa, and another book will follow – The Miracle of Breathing – which has already been translated into more than ten languages,” Sotakis told Al-Ahram Weekly.

The Resurrection of Michael Jackson by Dimitris Sotakis

Sotakis will present the book and participate in literary events. “I am delighted that Greece is the honored country of the book fair this year,” Sotakis said, adding that Egypt and Greece have a huge literary heritage and historical and cultural ties that bind them together. through the centuries. He is also looking forward to meeting Egyptian readers and starting a relationship with them; “It is for me a crucial point of this visit,” he said.

In 2009, he received the Athens Prize for Literature for The Miracle of Breathing. The same book was a candidate for the European Prize for Literature, as well as the Jean Monet Prize in France. His books are published in French, Italian, Arabic, Chinese, Danish, Dutch and Serbian.

“I am very happy to return to Egypt, which I consider my second homeland,” said Persa Koumoutsi, stressing that she will represent both Greece and Egypt at the book fair. “For many years I devoted myself to writing about Greece and Egypt and the literature of the two countries, promoting cultural relations between them for more than thirty years, through translation mainly from Arabic into Greek “, she said. Koumoutsi added that she has translated nearly 40 Arabic works into Greek, more than half of which belong to Egyptian creators, including her own writings.

“I am happy that my book Voices of Alexandria has just been translated in Egypt and I will have the opportunity to present it to the Egyptian public who already know me through my books – West Nile and A Walk with Najib Mahfouz in the Streets of Cairo – whom they loved so much,” Koumoutsi said. 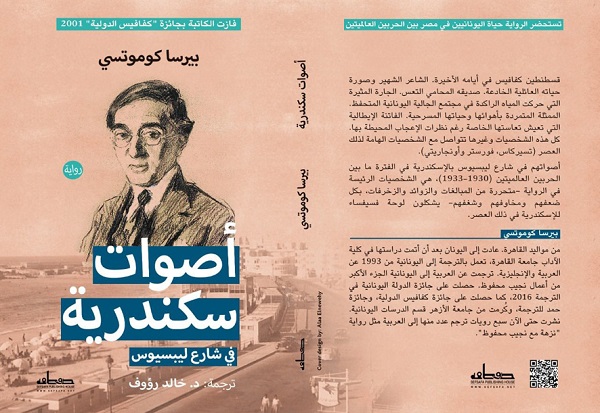 Voice of Alexandria by Persa Koumoutsi

She added that Egyptian readers already know her for her translations of novels by Mahfouz and many other Egyptian writers, including Taha Hussein, whose event she will host at the fair. Koumoutsi also translated the novel Doaa Al-Karwan.

Persa Koumoutsi was born in Cairo, Egypt. She moved to Greece in 1983 and during the first years taught in secondary and higher education. Since 1993 she has been working professionally in literary translation, translating works from Arabic and English into Greek.

In 2001, she was honored with the Cavafy Prize, while the Egyptian government awarded her twice for her contribution to the promotion of Egyptian and Arabic literature in general. She also received a special distinction from the Department of Greek and Latin Studies at Al-Azhar University, among other awards.

Amanda Michalopoulou is the author of eight novels and three collections of short stories; she co-edited Kathimerini in Greece and Tagesspiegel in Berlin. She won the Revmata Prize in 1994, the Diavazo Prize for her novel Jantes in 1996 and the Athens Academy Prize for her collection of short stories Bright Day in 2013. Her stories and essays have been translated into twenty languages.

As for Alexander Kitroeff, he is a professor of history at Haverford College in Pennsylvania, where he has taught courses in modern European and Mediterranean history since 1996. Currently, he is working on a project on the history of the American Hellenic Educational Progressive Association (AHEPA) on the organization’s centennial in 2022. Among his publications is The Greeks and the Making of Modern Egypt in 2019. He has also collaborated with director Maria Iliou as a historical consultant in several documentary films such as Smyrna 1922: the Destruction of a Cosmopolitan City, and more recently Athens From East to West 1821-1896, the first of a five-part series. parts on the modern history of the city. 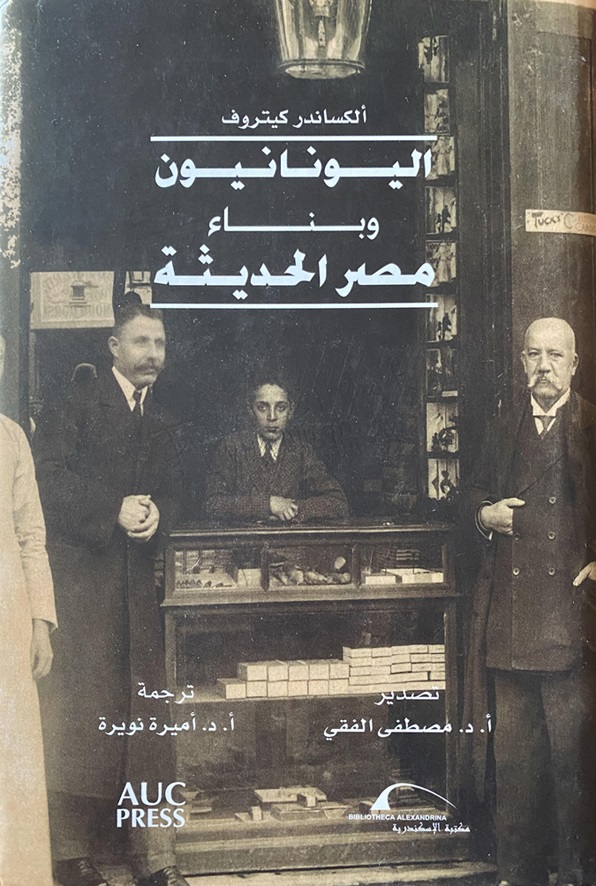 Lida Varvarousi studied at the Vakalo School of Art and Design and worked as an illustrator and art director in advertising agencies. She was born in Athens, Greece. Varvarousi illustrated 200 books, writing 15 of them. In recent years she has traveled with her “Paintellings” – a combination of audio and visual children’s tales – to schools all over Europe.

The Greek Pavilion will host a number of publications on selected and unique topics, such as the State Literature Awards and the State Children’s Book Awards 2020, special editions and publications from museums and cultural institutions. , books translated into Arabic, graphic novels and comics, publications by and about the Greek communities of Egypt.

Particular emphasis will be placed on promoting the new translation program GreekLit, which has already joined the European Network for Literary Translation (ENLIT) and will be officially presented to the Arabic book market in collaboration with the Egyptian Book Organization and the Translation Egyptian national. Center. Representatives of Greek publishers will also participate at the invitation of the Egyptian Publishers Association.

Book lovers will also have the opportunity to meet Greek authors whose books have recently been translated in Egypt. The presentations of their books will be done in collaboration with Egyptian publishers and translators. As Country Guest of Honor, the program will also include a tribute to the great Alexandrian poet Cavafy, featuring over 50 works by and about Cavafy in Arabic, Greek and other languages, as well as a presentation of the Cavafy digital archive by the Onassis Foundation.

The tribute complements an exhibition of works by contemporary artists inspired by Cavafy’s work and life, curated by Louisa Karapidaki, an honorary event commemorating the great Egyptian thinker and writer Taha Hussein who founded Greek studies in Egypt and in the Arab world, a discussion of bilateral cultural and translational relations between Greece and Egypt from antiquity to the present day and the contribution of Hellenist translators to the spread of Greek culture in Egypt, a discussion of literature Contemporary Classical Greek on the occasion of the recent publication of the book Comparative Greek Literature in the Light of New Critical Theories and Interdisciplinary Methods by Hisham Darwish, Professor of Greek Language and Literature at Cairo University.

The program also includes the contemporary poetic landscape in Greece and Egypt and the teaching of Greek poetry at the Department of Modern Greek Language and Literature of Cairo University, an event on the Greek language in Egypt (on the occasion of World Greek Language Day, February 9) in collaboration with the Cairo Cultural Center and an educational event for children by Lida Varvarousi, in collaboration with the Onassis Foundation.

Students from Greek schools in Cairo will actively participate in the cultural events program in collaboration with the North Africa and Middle East Education Coordinating Office. This will include poetry readings and attempts to translate literary texts.