This content contains affiliate links. When you buy through these links, we may earn an affiliate commission.

Last fall I drove to Rochester to visit my parents, listening to the audiobook of Rumaan Alam’s novel Leave the world behind in the car. I began by laughing at Alam’s exquisite portrayal of a wealthy white family from New York on their way to Long Island vacation. Shortly after, I started to feel anxious about… spoilers to come! – strange and inexplicable things are starting to happen to this family. A strange couple shows up at their door and asks to stay with them. The animals behave strangely. Something, you never know what, has gone horribly wrong in New York City. Soon the characters are cut off from the outside world. They are terrified. Things are getting worse. Well, much worse. 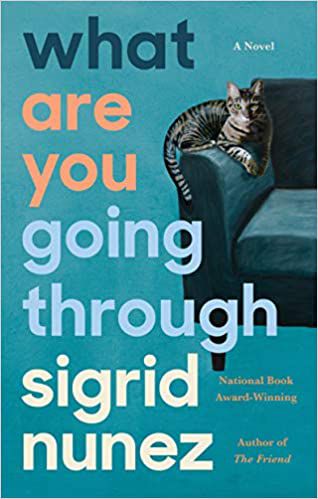 Then I read Sigrid Nunez’s novel What are you going through, the story of a woman taking care of a friend in the face of death. The protagonist has conversations with several other people along the way, one of whom is an ex-boyfriend who talks about the horrors of the upcoming climate apocalypse. He gives real lectures to the public on this subject and talks about it at length in the pages of the novel. This section filled me with terror. He paints a picture of scarcity, conflict and misery. He describes the children of the future cursing their parents for bringing them to this nightmarish world. It’s dark. Extremely dark.

Reading these two novels together – during the pandemic no less – shook me. It was just too much of an apocalypse. Too much fear of seeing nature destroyed. Too much despair. 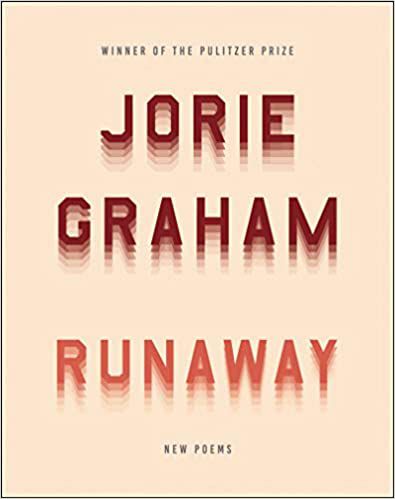 And so last spring I listened to a podcast interview David Naimon conducted with poet Jorie Graham about his new book Run away. The poems in this book envision the future and the world we are losing to climate change. I’m not sure I can actually read the book, to be honest, because the interview about it blew me away. Graham talks about all the things we take for granted today that could be lost in the future: trees that produce the oxygen we need and oceans that aren’t toxic wasteland. She mourns all that will be lost and what the world will be for her grandchildren. The comfort it offers is to think of the world that existed millennia before humanity and the world that will exist millennia after us. Humanity is small in this picture. I listened to Graham’s sad voice and felt my world crumble.

Prior to these three experiences, I dealt with the fear of climate change mainly by ignoring it. It’s not that I didn’t believe in bad weather news – I absolutely believed it – but I responded by trying not to think about it. I avoided reporting on the subject and had no interest in reading books about it. I felt scared every time the topic popped up and ran away.

Newsletter Today in the Books

Sign up for Today In Books to receive daily and diverse news from the world of books.

Thank you for signing up! Keep an eye on your inbox.

By registering you agree to our terms of use

They probably didn’t mean to, but these three writers ambushed me. If I had known how they would make me feel, I would never have read or listened to them. But I didn’t know. Literature can take a person by surprise, and I was taken. I was immersed in novels before I realized where they were heading, and the momentum of reading carried me to the end. I loved listening to Jorie Graham speak until the conversation sank deep into climate catastrophe and then I couldn’t tear myself away from it.

Honestly, what these writers opened in me was terrible. I started to pay more attention to climate stories, to stop avoiding them, and it crippled me. I’ve been through some of the worst anxieties of my life since reading / listening to them. I have an 8 year old son and I was terrified of his future. I was terrified of my own future. I mourned all the people in the world who are suffering and whose suffering will get worse, and will be much worse than mine. I felt anger against those in power who did nothing to fix the problem, or so little that it might as well be nothing. Perhaps you know the feelings that I am describing.

What relieved me – and here I come to the part ‘changed my life’ – was the release of the Intergovernmental Panel on Climate Change (IPCC) report last summer. (the IPCC was formed in 1988 and is a group of scientists and experts working within the United Nations). This report was sobering: it concluded that climate change is here and that it is inevitable. But it was also inspiring because she concluded that the choices we make now can make the future a lot less bad. It gave way to some hope.

What I really needed to hear – and maybe what many of us need to hear – is that our actions can now make a difference. Apocalypse scenarios in the novels I read are not inevitable. The future is not settled.

Now obviously what an individual can do for the climate is tiny compared to all that needs to be done – what really needs to happen is large-scale political and social change starting with those who hold the most power and wealth. But there are concrete things we can all do, not only to change our own lives for the betterment of the world, but also to influence the people around us to change their lives.

For me, so far this has resulted in a number of changes. I work to write and talk about climate issues on social media and in face-to-face conversations to encourage people to prioritize climate issues in their own lives. I communicate with my representatives on how I became a climate voter. I started to drive less and cycle more. I’ve been a regular cyclist for decades, and it’s time I put my fitness to use to help reduce car emissions and support cycling culture. I think about what other changes I can make. We all have ways to change our habits for the better and to influence the people around us. We can change the culture and exert political influence in little ways that add up. Some of us, myself included, are in privileged positions where we can do more than others with fewer options and resources, and we should be doing it.

I know the last two years have been like a journey for many people: we have faced the pandemic, political unrest, natural disasters, fear of the future. We have lost so much and are faced with so many uncertainties ahead. Even though I’ve been feeling better lately, I still have many days where I feel paralyzed with anxiety. I am sure I am not alone.

I thought about what literature can and cannot do to change the world. Books can comfort and they can terrify. They can paralyze us with fear but also motivate and inspire us. I was struck by how the books opened me up to the truths I had tried to avoid. I didn’t want to think about the apocalypse, but literature did. I didn’t want to face the depths of the climate crisis we are facing, but some writers were so convincing that I couldn’t look away. Literature can be underhanded that way.