The book The Wuthering Heights is a commonly read piece of literature in high school or college. In fact, the novel is one of the few works by female writers who are typically assigned to literature courses covering the canon of Western literature. To say that canonical works bias men is an understatement. However, three sisters from 19th-century England managed to find their way into the male-dominated publishing world. The Brontë sisters– Charlotte, Emily and Anne – each wrote classics that are still read today. Three fascinating lives are hidden behind their published works. Find out who these pioneer women were, and you might even want to read wuthering heights still.

The Brontës, a family of writers

The Brontë family were a well educated and talented family, but not particularly upper class. The father, Patrick brontë, was a member of the clergy of the Church of England. It was stationed in the village of Haworth in the Yorshire moorland, which would become a prominent place in The Wuthering Heights. Of the six children in the family, only four lived to adulthood. Widowed when his children were young, he was evidently a rather eccentric and impoverished, albeit loving, father.

The children were well educated at school and at home. However, the girls had to work to help support the family once they were old enough. All three worked at some point as housekeepers and teachers, a job they generally didn’t like. The sisters would eventually return to the family parsonage in Haworth, which is now a museum in their honor. Their brother, Patrick Branwell Brontë, was a painter and poet. Charlotte and Emily were also both talented artists, as evidenced by the sketches and watercolors that have survived to us. Sadly, Branwell, the second older brother, struggled with drug and alcohol use, which hampered his creative pursuits. All four Brontë siblings died tragically young. 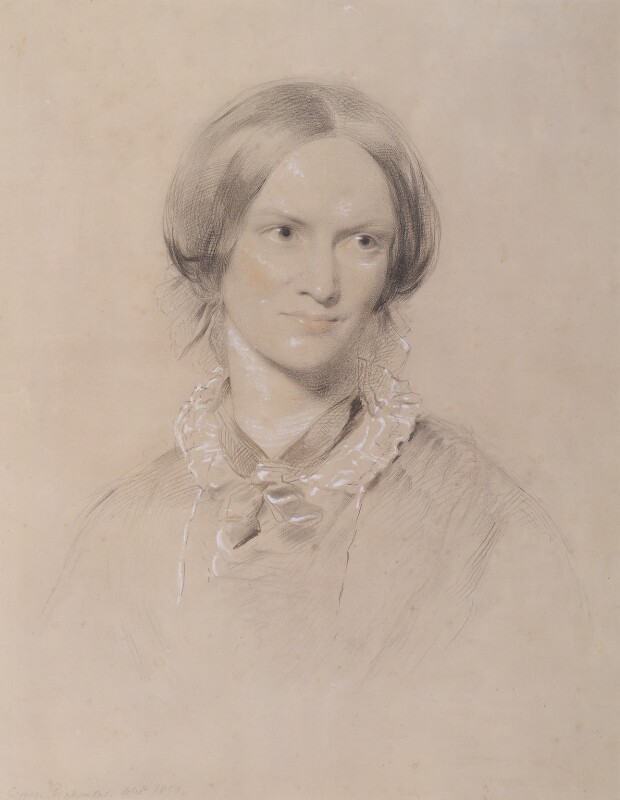 Born in 1816, Charlotte brontë was the eldest of the family’s surviving children. She started to write poetry early in life. Along with her siblings (whom she helped educate), she indulged in imagination and craftsmanship while their father was busy elsewhere. Charlotte showed her first works to England’s poet laureate in 1836, Robert Southey. Southey wrote to her that, despite her talent, “literature cannot be the business of a woman’s life and it shouldn’t be.”

Charlotte did not take this advice. Instead, she started writing novels. His first job, The teacher, did not seduce publishers. Jane eyre, his second attempt, was another story. The novel was published in 1847 under the name Bell. The sisters used pseudonyms until 1848, as it was much easier to get published and have their work taken seriously with a male name. The novel was presented as a fictional “autobiography”. Critics have concluded that Charlotte drew on her own experiences as a housekeeper to write her main heroine, who works in Mr Rochester’s house.

Jane eyre was a radical Bildungsroman – a first-person story following Jane’s thoughts and growth. The author’s emphasis on the private consciousness of his main character was the basis of a genre that would later be constructed by Virginia Woolf. In 1925, Woolf commented: “As we open Jane eyre once again we cannot quell the suspicion that we will find its make-believe world as archaic, half-Victorian and old-fashioned as the moor parsonage… So we open Jane eyre; and in two pages, all doubt is swept from our minds. A romance with proto-feminist themes, Jane eyre has received countless adaptations on stage and on screen.

In addition to her poetry, Charlotte wrote two other novels published in 1849 and 1853. Charlotte married Arthur Bell Nicholls, but in 1855 she died while pregnant with their first child. At the time, it was believed that tuberculosis caused his death, but modern opinions differ. In 1857, novelist Elizabeth Gaskell wrote a biography of Charlotte entitled Charlotte Brontë’s life. The biography firmly established Charlotte as an important author to remember. 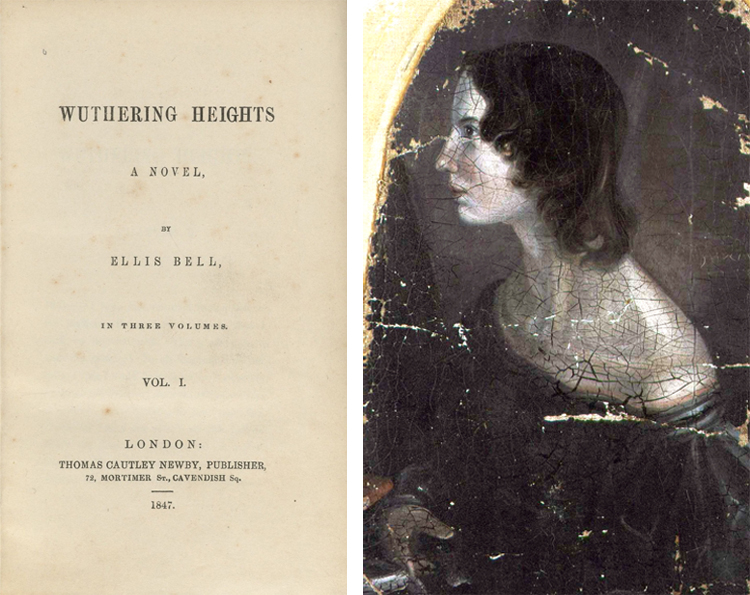 Left: “Wuthering Heights”, by Emily Brontë, title page from 1847 with pen name Ellis Bell. (Photo: Wikimedia Commons, public domain)
Right: Painting by Patrick Branwell Brontë of what could be Emily Brontë. The painting is a subject of controversy as to whether Emily or Anne is portrayed. (Photo: Wikimedia Commons, public domain)

Emily brontë– the younger sister of the surviving Brontë children – grew up teaching, just as Charlotte had. However, she reportedly hated the profession and was known to be a rather odd and reclusive character. The sisters spent a large part of their life in the rectory. According to a later letter from Charlotte explaining why they haven’t hired a new housekeeper: “Emily bakes and takes care of the cooking. We are such strange animals that we prefer this mode of artifice to have a new face among us. Charlotte also once described the “secret power and fire” of her shy sister.

Emily’s writings were originally published under the name Ellis Bell. She joined her sisters to publish a collective collection of poetry in 1846. In 1847, she published her first and only novel, The Wuthering Heights. The story, told by a told cleaning lady, is a romance that tends towards violence, madness or passion, depending on the pages. The moors on which the novel takes place recall the family environment of the sisters. While the novel shocked, disturbed, and confused some upon its release, it has since been a staple of English-language canon.

Less is known about Emily than about her older sister. She and her younger sister Anne have created their own world named Gondal which Emily wrote poems on. Perhaps other works would have come out of her pen, but Emily died at age 30, just a year after the release of The Wuthering Heights. She contracted tuberculosis just months after her brother Branwell in late 1848. Despite her sadly short life, handwritten poems by the Lone Author are incredibly coveted by collectors and libraries. 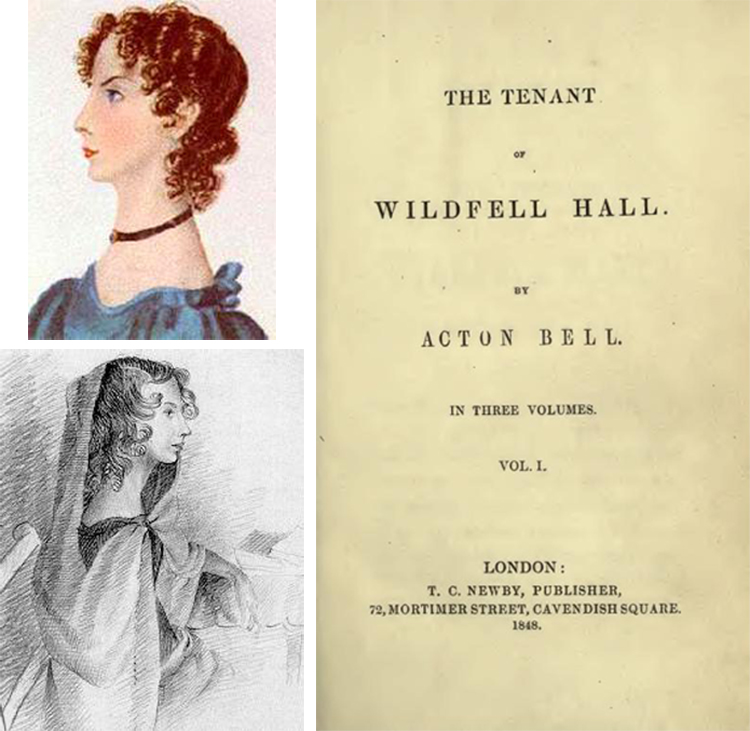 Anne Brontë—The youngest of the siblings — was as imaginative a child as the rest. She and Emily were particularly close. Like her sisters, she served as a governess for a wealthy family. She had a miserable time with spoiled children and overly indulgent parents. But, like Charlotte with Jane eyre, Anne found literary inspiration in the worst chapters of her job. Agnes Gray was published in volume attached to that of Emily The Wuthering Heights in 1847. The main character Agnès is a governess, a bit like the author Acton Bell (secretly Anne).

About six months later Agnes Gray, that of Anne The tenant of Wildfell Hall has been published. The book follows a single artist mother. It is later revealed that she is running away from an abusive husband. Subsequent reviews pointed to the many ways the book overturned the standards expected of wives and mothers at the time. He caused a stir, with reviews complimenting the writer’s skills but making connections with Jane eyre and The Wuthering Heights based on the subject matter and the often uncomfortable, even devastating, relationships portrayed.

Critics still believed that the author of all of Bell’s novels was a man (some believed there was only one man with three names). One of them wrote about Anne’s work: “There is nothing good in [this] the powerful spirit of the author. Another commented: “[No] a woman could have written such a work. “Brutal” and “rude” were words often used by critics to describe the works of the sisters. Some have praised the flawless descriptions of mankind’s worst impulses. Others found them too ruthless. Over the next century and a half, however, many described the works as examples of early feminism – subversive in their very style.

Anne died young, much like Emily. At 29, she contracted tuberculosis and died of a prolonged illness in 1849.

The only surviving sister, Charlotte, was left alone at just 33 years old. Charlotte has been a guide in forming the family legacy. It is now believed that she began to clean up the image of the sisters by editing Agnes Gray, preventing the reissue of The tenant of Wildfell Hall, and providing details of family life to the biographer and writer Elizabeth gaskell. Several years later, Charlotte married Arthur Bell Nicholls, the vicar of her father’s rectory. A year later, she died during her first pregnancy from what could have been tuberculosis or malnutrition brought on by extreme morning sickness. Charlotte was 38.

The short but fascinating life of the Brontë sisters is still a subject of fascination, and their written works remain among the must-read readings of classical Western literature. The three shy and strange sisters had confidence in their writing skills and this confidence brought them to a literary status that few women achieved in their time.

Today there are many adaptations of their works. Namely, there have been many feature films and mini-series of each of their works, including Jane eyre (films from 1943, 1996 and 2011 as well as several TV films), The Wuthering Heights (films from 1939, 1992 and 2011), and The tenant of Wildfell Hall (1996 television miniseries). 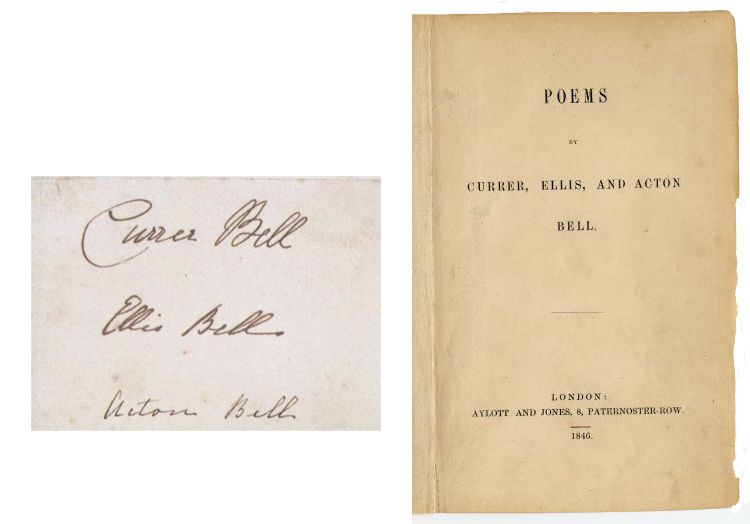 Get to know F. Scott Fitzgerald, the legendary author responsible for “The Great Gatsby”

10 facts about Jane Austen, the beloved author of “Pride and Prejudice”